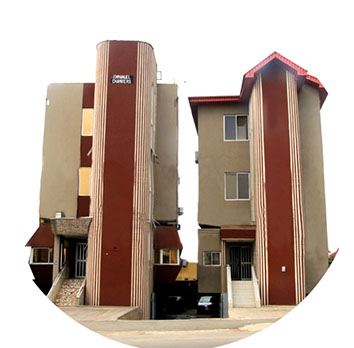 0
Ask a Question
Have questions? Get answers from AfeBabalola & Co or BusinessList.com.ng users. Visitors haven’t asked any questions yet.

Location map
Show Map
Expand Map
80 Fajuyi rd , Ibadan, Oyo, Nigeria Get Directions
Description
Afe Babalola & Co. (otherwise called Emmanuel Chambers) was founded in 1965 by a then relatively young legal practitioner now known as Aare Afe Babalola, SAN, after a stint in the then prestigious law firm of Olu Ayoola, a great legal mind himself who once described his junior, Afe Babalola, as “(a) brilliant lawyer (who) was (and still is) very hard working. A lover of legal analysis (who) saw fine points which others did not see”. In another medium, this prodigious and quintessential advocate has been described by the Supreme Court of Nigeria as a man “known for his undoubted industry and masterful presentation of his client’s case”. Aare on 9th of July, 2013, celebrated the golden jubilee of his Call to the Bar.

The law firm started as a one-man office but has today, grown in stature and essence even beyond mortal contemplation, such that it has very functional offices in Ibadan (Head Office), Lagos, Abuja, and Port Harcourt, and established presence in virtually all other states of Nigeria. Our firm has nurtured over the years some of the best minds in the legal profession and impacted legal practice so indelibly, while meeting the legitimate needs and aspiration of its numerous clients.

Afe Babalola & Co. has had varied successful and enviable practice in the areas of oil and gas, election petition, banking, commercial practice, chieftaincy, land and criminal cases. The law firm has in its long list of clientele almost all the major oil companies in Nigeria, several big multi-national corporations, governments at all levels, government departments including Central Bank of Nigeria (CBN), as well as influential private persons. It has successfully defended claims of several billions against oil companies and secured huge damages against many banks and commercial organization on behalf of its clients. The law firm successfully defended the government of Chief Olusegun Obasanjo, GCFR, against the myriad of election petitions challenging his victories in the 1999 and 2003 presidential elections.

Now headed by Aare Afe Babalola himself as the Principal Partner, the law firm has six other Partners at the top echelon, namely, Adebayo Adenipekun, SAN, FCIArb. (Managing Partner), Olu Daramola, SAN (Deputy Managing Partner), Mr. Tunde Babalola (Partner), Mr Oluwasina Ogungbade (Partner), Mr Kehinde O. Ogunwumiju (Partner) and Mr Peter Olomola (Partner). There are about thirty other lawyers in the firm most of who rank among the best minds in the profession, as well as an equal number of supporting staff.

RECHARGE AND GET PAID LIMITED

Similiar Page for Your Business?

Make sure everyone can find your business online. Create your dedicated company page on BusinessList.com.ng - it's simply and easy!
List Your Business
BACK TO TOP