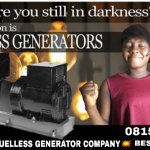 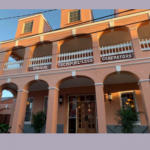 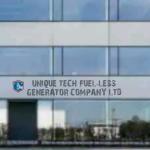 A big THANKs to the manager Engineer Alfred Stephen thank you sir for your efforts.
Reply Useful 1 Wrong
5.0
Olawale
UNIQUE-TECH FUEL-LESS GENERATOR NG LTDNo 22 Midway express beside suleman filling station+2348152273885https://www.businesslist.com.ng/img/ng/x/_1591162663-58-unique-tech-fuel-less-generator-ng-ltd.png
1
Successful delivery
Thank you unique tech fuelless generator company for your successful delivery to me and the your product is one of the best product so far please keep up the good Job God bless you
Reply Useful 1 Wrong

0
Questions
Ask a Question
Have questions? Get answers from UNIQUE-TECH FUEL-LESS GENERATOR NG LTD or BusinessList.com.ng users. Visitors haven’t asked any questions yet.

Location map
Show Map
Expand Map
No 22 Midway express beside suleman filling station, Jos, Plateau, Nigeria Get Directions
Description
UNIQUETECH FUELLESS GENERATOR is a Power generation and distribution has been an indispensable factor in the progress of an economy, ranging from manufacturing, banking, media, health care, aviation, etc. Environmental pollution which leads to degradation or depletion of ozone layer is one of the major problem caused by the use of generator with fossil fuels. Increase in the cost of fossil fuel which has been one of the major prime movers in the internal combustion engine (ICE) has been noticed. This can be accounted for based on the rapid decrease in the level of oil well. Hence, there is need for development of a power generating set that will not make use fuel to produce voltage. This study deals with the design, construction and performance evaluation of 1000W (1KVA) fuelless power generating set to serve as an alternative source of energy. The materials used for the project work include d c motor, alternator, connecting shaft, coupling, 12V/75Ah battery, charging panel (Transformer, diode, and capacitor), and frame. The methods involved fabrication of a connecting rod with boring of a reasonable hole that was conveniently fitted into the DC motor with threaded hole for bolting. The crank casing of the alternator was inserted and the armature of the alternator was fixed. The generator frame was then constructed to provide support and rigidity. The diode was connected to green cables and capacitors to the yellow cable. The terminal of the DC motor was connected to the battery, with red cables to the mains as output. The machine consists of five different units; the power supply, conversion, control, output and charging units. The components parts includes 12V battery, D.C motor, alternator, connecting shaft, bolts and nuts, transformer, diode, and noise damper. The result of the performance evaluation of the fuel-less power generating set shows that the machine has an average efficiency of 56.43% at load of 600W for continuous operation. The peak efficiency of the constructed fuel-less power generating set was 89.1% at load of 100W. For comparison, the result obtained from Power inverter, has clearly confirmed that the highest efficiency recorded is at 96.27% which is more than that of the fuel-less power generating set which is at 89.1%, at a load of 100W respectively. The exert nature of electricity is not known but investigation indicate that it consist of small negative charge called Electron, when this electron are standing still we have static 259 electricity " and when they are forced to traveled a movement of electron they are called " Dynamic electricity. Power generation and distribution has been an indispensable factor in the progress of an economy, ranging from manufacturing, banking, media, health care, avaiation, etc. (Ulaby, 1999). It has however been proved that power skyrocket the productivity of a country. Since power has been defined by Knight (2004) as the rate of doing work; this simply means that the productivity of a country will largely depend on the availability of power from different source. Thus, Hassen (1989) cited in Ulaby (1999) states that majority of the problems of Nigeria is traceable to the erratic power supply nature of the country, where many activities has been paralyzed due to the power outage. Analysis has clearly showed that Nigeria loose up to about N220 Billion annually, due to the unstable nature of the country power supply which has poses a threat, hence reducing the capacity of industries to increase productivity (ALFRED) UNIQUETECH FUELLESS GENERATOR,2005).

UNIQUE TECH FUEL-LESS GENERATOR NG LTD
Power generation and distribution has been an indispensable factor in the progress of an economy, ranging from manufacturing, banking, media, health care, aviation, etc. Environmental pollution which ...

UNIQUE TECH FUEL-LESS GENERATOR NG LTD
263 The use of the control circuit unit will make it possible to provide output voltage within the range of 100V – 240V which is the standard voltage requirement for all appliances. The red wire on...
Employees