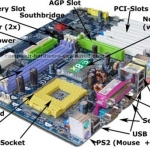 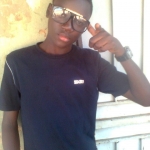 3
Ask a Question
Michael Dorathy
Good day pls i would like to use khensafe computers as my case study in my undergraduate project is that possible?
Answer Useful 1 Wrong
joash moses
Please this is an assignment from kasu 300level accounting..how information is been communicated from one individual,unit or department to Another and outside the organization ? Submitted 13th of June 2020 .please i need your help
Answer Useful Wrong
surpy
Pls the address of khemsafe in abuja
Answer Useful Wrong

In a recent chat with Vanguard in his office in Kaduna, the Computer Science graduate of the University of Nigeria, Nsukka, spoke on sundry issues including how he started the business, the challenges of doing business in Nigeria and getting the right manpower, adding that government should have a sort of regulation on labour. Excerpts:

According to Dr. Dave Obiora, after his compulsory one year national youth service in Kaduna in 1986, he worked for sometime in the banking industry before going for his master’s in Business Administration at the Ahmadu Bello University, Zaria.

“At this time, I had my brother in the US and that was where I was able to raise some funds to start the company in 1993 with four employees. We were mainly training people on how to repair, assemble computers and empowering the youths. We later extended to sales and services of computers. We became manufacturers’ representatives for HP, Dell, Toshiba and Acer.

“As time went on and the company grew, I felt I should leave the bank. I had saved a little money with which I got a place. After working for sometime, we were able to save enough money to acquire our own building and today, we have over five branches _ Kaduna, Abuja, Zaria, Jaji and Makurdi with about 95 employees,” he said.

He noted that the name, Khemsafe, came from his brother’s company name in the US which is concerned with environmental safety; ie chemical safety, “so I decided to adopt the same name though I deal on computers and communications gadgets while he deals on environmental safety,” adding that the vision of the company, popularly called the powerhouse of information technology is to bring computer application to every household at the most competitive and affordable cost and to skillfully deploy total quality in the harmonisation of developments in IT super highway and to customize and tailor these to diverse specific situations of the present, with a foresight to the future of our fast globalizing world.”

Speaking on the challenges, Dr. Obiora said: “There were a lot of challenges, especially at the beginning. The most difficult aspect was finance. You may have some good projects but have no way of financing it. You go to banks and they cannot give you loan because you don’t have collateral to support it so that was our biggest challenge at the beginning, coupled with what I would call environment and government policies in terms of support and providing the necessary facilities, especially power which is our major challenge.

We have a lot of challenges but I am grateful to God that we have always found a way to confront them,” he stated. Continuing, he said: “Another thing is manpower. In Nigeria, manpower is a very big challenge. You want to develop whoever you decide to employ but most of them, once they are trained, they feel like leaving you and such movement is not good for business.

Sometimes, before you raise some personnel, train them and try to place them in certain positions and they leave, you start afresh and that is always a problem in the private sector.

Some of these things as I continue to say, is government having some sort of a regulation on labour. I know it is competitive because you cannot see where they will pay you a higher salary and you continue to stay in your old job; but at the same time, you don’t just employ a fresh graduate and pay them more than their lecturers (as some sectors like banking and oil and gas do).

That doesn’t give room for development. I remember in the past, those employed in the banking sector were the third class graduates and drop_outs who the banks can train and then they will stay but now, banks are looking for first class graduates.

These people are meant to be in the classroom to teach others. So the banking and oil sectors are the major problems making our manpower development and engagement in Nigeria very challenging. We are not saying that they shouldn’t be paid well, but if government will find some way to tax them very well, if they are paying all that they should pay, you will see that they will not have such excess to pay employees. Or there should be some kind of regulation, such that those in the classroom should also be treated with some certain respect.”

He cited electricity as another challenge saying that the outfit spends over N6,000 daily on diesel to power the generator since electricity is their major backbone in the business.

The Khemsafe boss stated that they run three sets of programmess _ Ordinary Diploma, Certificate and Certification courses ie for the general public. “Then we have the ones we train on humanitarian grounds ie empowering the physically challenged.

They pay very little percentage of the cost of the course. We support them by training them and making them useful to themselves and society and we also source employment for them. Most of them are very good and when they get employed, they don’t move around easily so they always satisfy their employers. Then we have the corporate training for organisations.

We also train some school leavers and graduates, especially those with engineering background. We train them on cloning, assembling etc. We also have arrangement with ITF. We found out that many people don’t know where to do their industrial training so they end up staying at home, not having that exposure so we have IT programme where we train the students, give them practical exposure in their various fields.”

He appealed to the government to help and develop entrepreneurship in Nigeria. “Government can do that by providing the enabling environment especially electricity and other incentives. They should also create ways of entrepreneurial development through training that can be subsidized and I think some banks give loans with regards to that.

At the initial stage, one of the major challenges was the issue of rent and some of these local government fees are being abused. Some people will come and say tenement rate and ground rent. These things are the same, but they just want to use it to exploit people and also that of premises and signboards. All these are not giving people the opportunity to invest and create some employment in the society. So government should look into that,” he said.
Working hours
Listed in categories
Computers & Internet
Computers & Internet / Information Technology
Public & Social Services
Public & Social Services / Organizations

Is this your business?

Information Technology in KadunaOrganizations in Kaduna